On Ocean Reef, the man-made islands in Panama Bay, construction is underway on Beach Club Residences, the first condominium resort development on the second island. Not far away, work is progressing at a rapid pace on the Hyde by Wanders and Yoo, a two-tower complex in the center of downtown which will be the second project in Panama City to carry the Yoo designer name.

The two developments represent a significant shift for the city’s property market, offering an increased emphasis on design and the type of amenities rarely seen in the first wave of tower projects in the city. There is a new emphasis on lifestyle and quality in the market, raising the standards — and the competition — for buyers and investors. 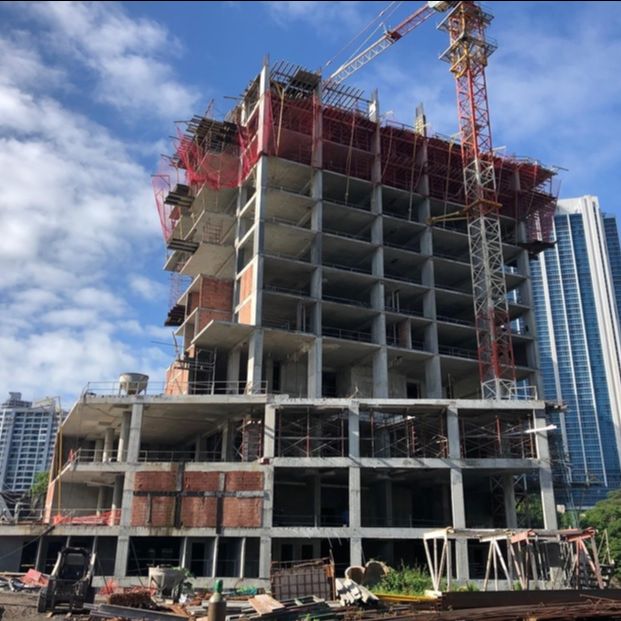 Hyde by Wanders and Yoo, Currently Under Construction

While sales in Panama City have been steady in recent years, the new projects are attracting a new wave of buyers, particularly investors looking for two- and three-bedroom apartments in branded buildings in prime locations.

Around the world, branded buildings are commanding higher rental and resale prices, a trend now taking hold in Panama.

Beach Club Residences is the latest step forward for Ocean Reef, a 19-hectare man-made island project minutes from the center of Panama City, promoting “beach living in the city.” Designed to rival developments in Dubai and the Caribbean, Beach Club Residences is the first condominium resort project on the second of two islands, which will be anchored by the 170-berth marina and luxury yacht club. The first island in Ocean Reef offered 72 custom home sites, which sold out almost immediately. Infrastructure work is almost complete on the second island and Grupo Los Pueblos recently announced that construction has begun on the marina with the first few pilings already in place and delivery of the first 50 slips scheduled for December 2019.

Not far from Ocean Reef, in the center of the city, veteran Panama City developer Durex Property Group is building Hyde by Wanders & Yoo, a two-tower development designed by internationally-recognized Yoo, with an assist from acclaimed interior designer Marcel Wanders. Pre-construction prices in Hyde range from $450,000 to $600,000.

Hyde by Wanders and Yoo in Marbella, Panama

Hyde raises the bar for style and resort-level development in the city. Designed as a “vertical garden,” the towers combine a focus on nature and architecture while offering full hotel-style amenities, including concierge service and pool-side attendants.

The performance on the first Yoo project in Panama City, on Avenida Balboa, gives investors a track record to analyze. Opened in 2011, the Yoo Panama, which was also developed by Durex Property Group, continued to sell and rent at the height of the downturn, sending a clear signal about the power of the brand and design in the market. Many of the early buyers in Hyde are renters in the previous Yoo project.

Both Beach Club Residences and Hyde illustrate the next steps in the evolution of the Panama City market. Buyers and investors are more demanding, looking for international quality.

At the same time, developers in Panama are building again, offering new products in pre-construction and hitting new price points – the type of activity that signals a healthy market. On Ocean Reef Island, Beach Club Residences are likely to be the last homes offered for under $1 million.

The market is fueled by Panama’s growing economy, which is expected to expand by 6 percent in 2019. Large infrastructure projects, the expansion of the Panama Canal and the launch of the $6 billion Cobre Panama mining operation are bringing more executives to the city as both buyers and renters.

Interest and pre-sales for both Beach Club Residences and Hyde by Wanders & Yoo make it clear that the Panama property market is entering its next phase, an era based on quality and long-term rewards.